The traditional transnational meeting with full teams  was held in Berlin on 2 – 5 December, 2014. It  followed the provisional programmes as seen in:

The students prepared presentations and films on the following two topics:

2) Special topic 2014: The centenary of the beginning of the First World War. 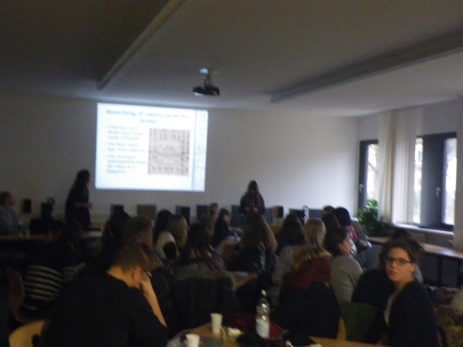 The workshops that followed tested the participants’ language and IT skills as well their knowledge of history. The summaries and quizzes compiled by the international groups were thorough and well-presented.

The teachers’ meeting was carried by two main topics:

1) the transnational meetings scheduled for 2015

2) the e-book as the final product of the project.

Two months ago some students from the Comenius project came in Rome. I started to be interested in this project and I suddenly became part of it: I travelled to Berlin at the begin of December. The trip to Berlin was a great experience: I really understood the value of meeting other cultures. I could clearly see the daily life of my new friends and I learnt a lot about the habits and traditions of 6 countries. My host girl was nice and smart; we visited the most important parts of the city from all the points of view: ancient and new buildings, historical places but also restaurants and particular food. I think that it was too short a trip but I really enjoyed it, so I would totally do it again!

” I have my hair, who needs a cover against -4 degrees?” This is the first reaction I had once I peeped out of the door of the plane that brought us to Berlin. And I bet, although the reactions might be different, the feeling was the same for every single passenger… cooooold! Well it’s winter, what would you expect from a city that’s even above London in latitude? People started to put on different lays of clothes, but I was probably too busy watching airplanes or feeling the northern air of the city to follow common sense. The airport impressed me for the fact that it seems a toy one, but still with a lot of traffic in it. Just the time to have a look around the hall of the airport, buy the tickets for public transport and realize the need for a jacket even for me, and then we are travelling again, this time on the underground. A good chance to see the efficient German transport…well I’d say it’s normal, nothing special, I don’t judge nations for their transport. We reached the hotel where we met one of the teachers an our hosts. There is another myth to debunk: our hosts were such friendly people, not the kind of person we imagine when we talk about Germans. My host already proved to be very kind and fun to be with, but I also realized that her family is that kind of people that make you feel even warmer when at home. Time just to unpack something and then we had to go for the first meeting at the school. It was late afternoon so we had just a first chance to meet the other guys and girls that took part in the project. There I met the guy I shared my host’s house with. A French guy. The week passed fast: in the morning and early afternoon we were busy at school presenting the works we prepared about WWI and looking for peace. The rest was spent with our new German friends that proved to be very good guides and let us enjoy the most wonderful city sightseeing that we could dream of. Every afternoon we had a tour in a different area of the city: the Synagogue, Potsdamer Platz, the Reichstag, the Brandenburg Tor (perhaps the best known monument in the whole city); we walked along picturesque streets, buying something at every kiosk, be it a typical wurst or doner kebab as well as simple souvenirs. The kindness of my hosting family also showed again when my host’s mother let me have a tour in her office. “Everything but an interesting thing” could say someone…the fact is that it’s not a common office: she works for the same party as Angela Merkel so she offered me a tour in the German Parliament. For me it was a privilege as well as a great present! So I had the chance to get at the top of the famous Reichstag Dome! What a stunning view from there! One evening that we went to the theatre, the local Opera, to watch a musical, it was in German but hopefully we got a translation in English so we managed to follow the plot. What impressed me was the chance to attend a play with the orchestra performing live! Quite singular these days in a play, isn’t it? It was December, so we really enjoyed a look at the stands of typical Christmas markets, too. There you could not only look for decorations or traditional crafts, but also try tasty typical drinks and food. An impressive example? Pretzels! Yummy! This was the crowning atmosphere for a perfect winter trip to Berlin.

My trip to Berlin was great! I spent just five days there but it was very exciting. I met very nice guys and I made friends with a lot of people. I had never been to Berlin before, so it was an occasion to visit that beautiful city too. I think that the most important thing about this trip is that we can know other cultures and learn the history of Europe. The project and the work that we prepared together in the last days was a way to understand the similarities and the differences among the participating countries. Now I have a new vision of Europe but most of all I feel part of it. My guest family was great so I spent very beautiful days with them, I felt at home. I will never forget the visit at the Berlin wall, the time spent with my new friends around the streets of Berlin and most of all the big chill! 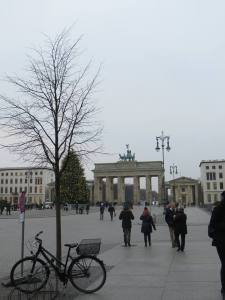 The trip to Berlin for the Comenius project was a really beautiful experience.
I stayed there for 5 days from the 2th to the 6th of December. I visited  some museums, I walked around the city and I also spent some time at school.
I met many people from Berlin e from other countries. I was hosted by Samila, a very nice girl! She was so friendly and cute and we made friends! The school was great  and it was very  nice working  with the other guys and speaking together about our countries and also about our project
I hope I’ll meet with those people again! I’m looking forward to that! 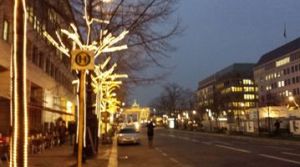 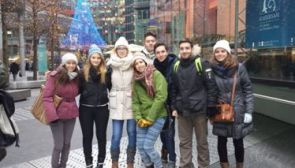 Last winter I went to Berlin with Comenius, Comenius is a scholarchip which our school has been receiving for some years, this scholarchips prepares some exchanges of students through out Europe every year.The purpose of them is to practice English and learn about European history and culture.

Comenius was an incredible opportunity. We met people from all over Europe and we had experiences that we had never had before.

During our trip we stayed at different houses, where we learnt a lot about their culture and even a little bit about their language, our German girls showed us their city. Our neighborhood was quite far from the middletown so we had to take two trains and different underground lines to go there.

We saw many things, we saw Branderburg gate like a thousand times because it´s in the middle of the city so we met there with the rest of people very often, we also saw the Red City Hall, Alexanderplatz, Berlin TV Tower, the Berlin Wall, the Berlin Cathedral and many other places.

We also ate new kinds of food, but not much because Berlin hadn´t really got many typical dishes.

But we didn´t only enjoy, we worked too, every morning we went to the school to do a job about how the different European countries participated in the First and Second World War.

To sum up I think that you should try to have this fantastic opportunity, so come on start to study English!